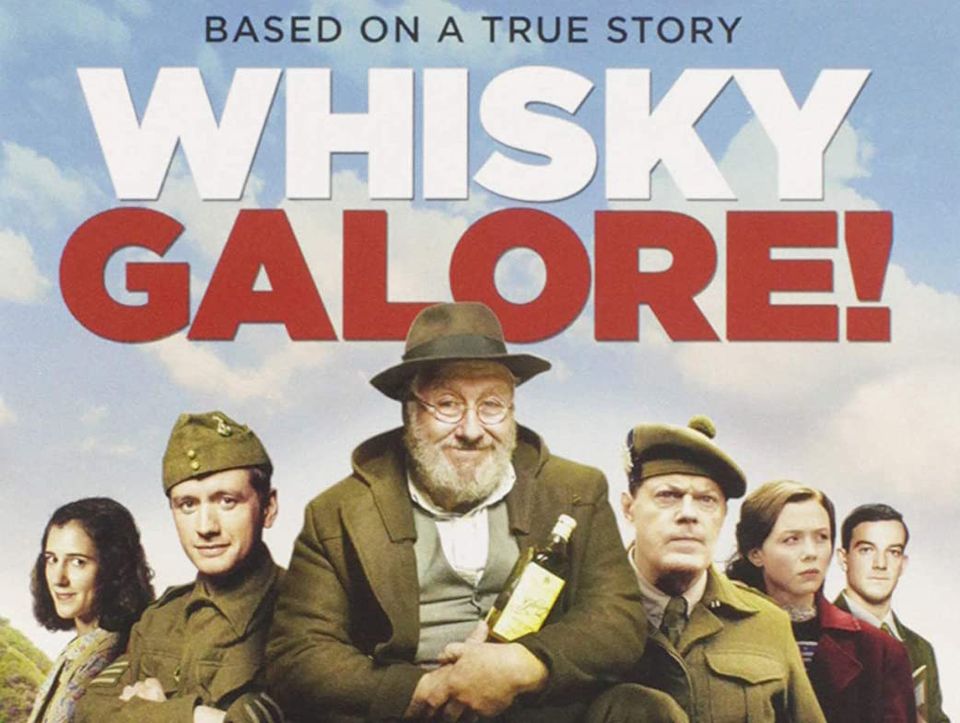 Whiskey Galore is a remake of the 1949 classic film based on the events of 1941 when the S.S. Politician was shipwrecked in the Outer Hebrides. The inhabitants of a nearby Eriskay tried to salvage the huge cargo of whisky on board the ship (50,000 cases of whisky), leading to a hilarious battle between the wily islanders and the British authorities.