Thirsty Thursday with Theatre: The Liar by David Ives-adapted from Le Menteur by Pierre Corneille 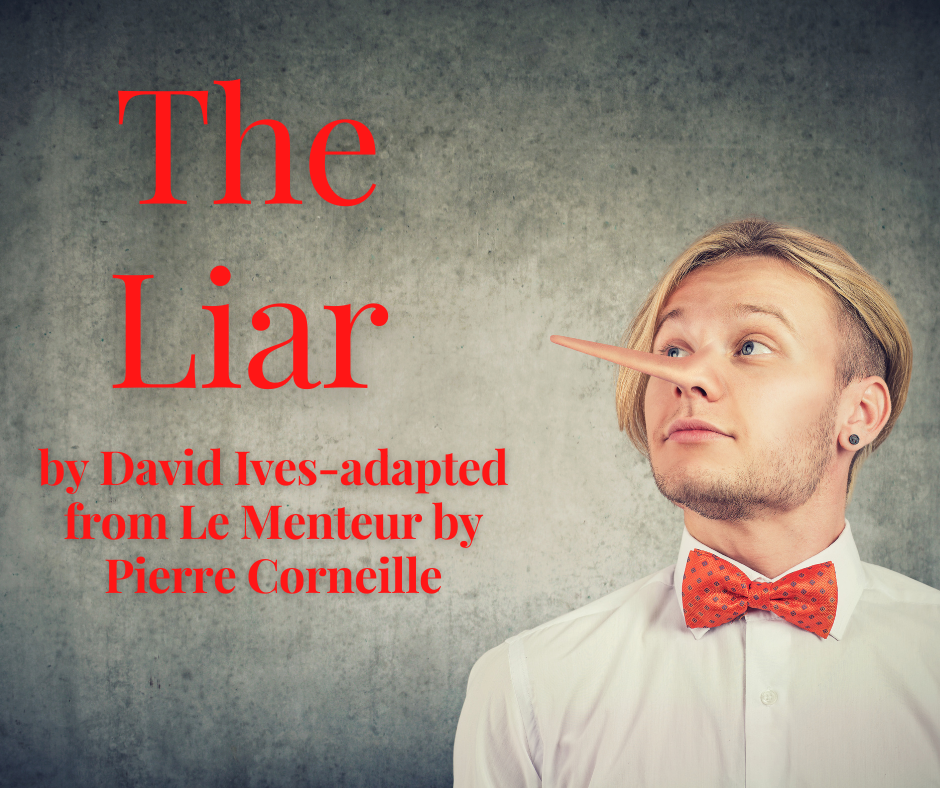 Enjoy a sip or two of the featured wine or brew (tasting flights for ages 21+ included with admission), along with a hilarious play reading presented by local actors.
No sets, no costumes, no props, but lots of talent! Join in the fun on October 6th with:
Paris, 1643. Durante is a charming young man newly arrived in the capital and he has but a single flaw: he cannot tell the truth. In quick succession he meets Clayton, a man servant who cannot tell a lie, and falls in love with hillary’s, a charming woman whom he unfortunately mistakes for her friend lucas. What our hero regrettably does not know is that Clarice is secretly engaged to his best friend, Alcippe. Nor is he aware that his father is trying to get him married to Clarice, whom he thinks is Lucrece, who actually is in love with him. From all these misunderstandings and a series of breathtaking the intricate lies springs one of the western world’s greatest comedies, a sparkling Urban romance as fresh as the day Pierre Corneille wrote it.