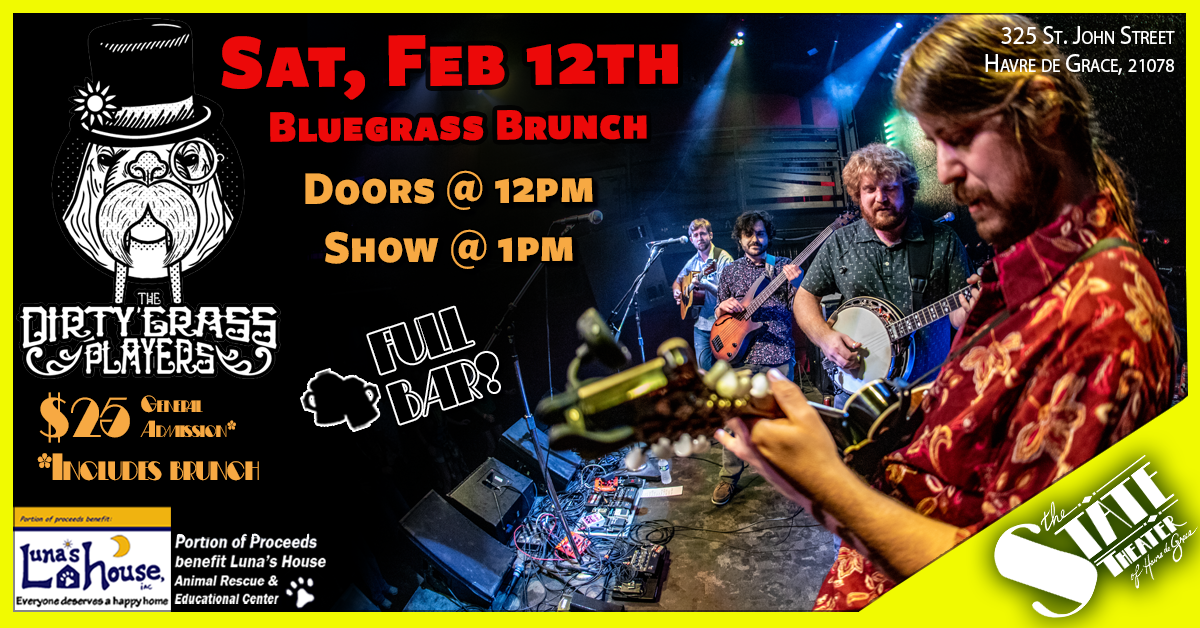 Enjoy a new tradition at The State – Saturday Bluegrass Brunch!

AUDIENCE: 18+ Any attendees under 18 must be accompanied by an adult at all times.