The Cultural Center at the Opera House 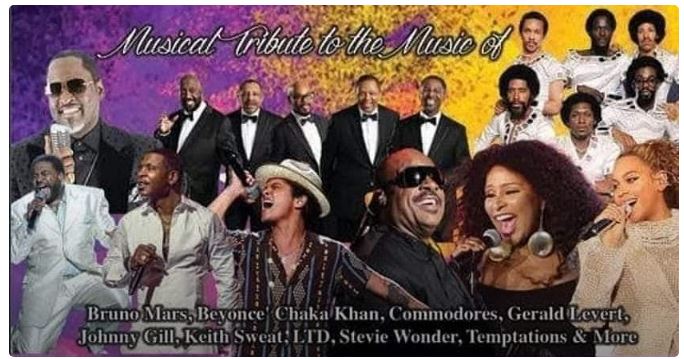 National Artist Andre Jackson is one of the most powerful vocalists to grace the stage today. His rich baritone voice is reminiscent of singers from the ’70s. André has performed with several groups in the D.C. area, notably; he was the last member of the high stepping, high energy group, The Choice Four, a legendary R&B group out of Washington, DC. that hit it big during the ’70s. André has traveled to Australia, Qatar, Germany, Switzerland, Paris, and Denmark as a featured singer with the former lead singer of the Temptations, Glenn Leonard and his Temptations’ Revue.

Sudden M-Pac Band is an all-R&B Funk & Pop Music Band that is steadily winning fans and devotees wherever they play. While each member of the group has a success story in their own right, it’s the collaborative effort that fills their performances with great musicianship; rich-sultry vocals, and high energy that fans have come to love.

Sudden M-Pac Band is the band that takes you back with classic and legendary hits from the ’70s, ’80s, ’90s and into the new millennium—they do it in a way that only they can, M-PAC STYLE.