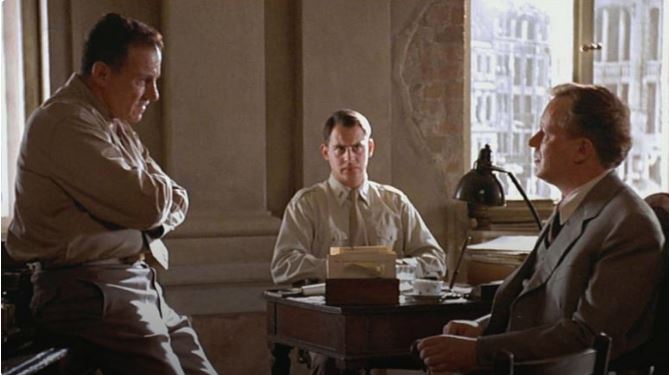 Join your friends and neighbors in watching and discussing three challenging films that explore the ambiguities of moral decisions without providing pat Hollywood Answers. (Conversations facilitated by Jack Hirschfeld.)

Taking Sides (German title Taking Sides – Der Fall Furtwängler) is a 2001 German-French-Austrian-British[1] biographical drama film directed by István Szabó and starring Harvey Keitel and Stellan Skarsgård. The story is set during the period of denazification investigations conducted in post-war Germany after the Second World War, and it is based on the real interrogations that took place between a U.S. Army investigator and the musical conductor Wilhelm Furtwängler, who had been charged with serving the Nazi regime.