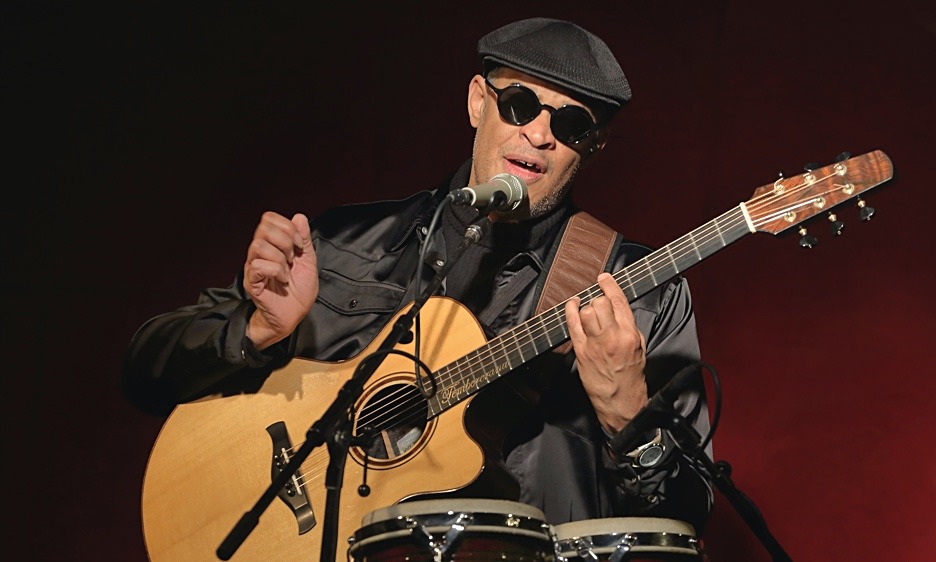 Raul Midón has collaborated and/or performed with Herbie Hancock, Sting, Terence Blanchard, Bill Withers, Dianne Reeves, Shakira and composed the end credit song for Spike Lee’s “She Hate Me”. He’s received two Grammy nominations back-to-back in 2017 and 2018 for his albums “Bad Ass and Blind” and “If You Really Want” in the Best Jazz Vocal Category. He’s sung background vocals on more than 60 Latin recordings, of which many were Grammy winning. He was also signed by legendary producer Arif Mardin to his label under the Blue Note moniker, Manhattan Records. Together with his son Joe Mardin, they produced and released two albums, the acclaimed “State of Mind” and “A World Within A World.” Raul’s TV appearances include The David Letterman Show, Leno, Ferguson, & Jimmy Kimmel. In England – Later with Jools Holland, and in France – One Shot Not with Manu Katche.
In 2021 his latest album released on March 20, 2020, “The Mirror” was nominated for Best Jazz Album from the A2IM Libera Awards. Also, in 2021 he was awarded the Disability Rights Ambassador of the year award, presented to him in a virtual ceremony by his friend and colleague Jason Mraz. During the lockdown Raul continued to collaborate with colleagues. He appeared in a duet on the Grammy-nominated album “Mendo” by Alex Cuba, and on acclaimed albums by Vibraphonist Joe Locke “Subtle Disguise” & others. He chose to pursue a long-time dream of recording a guitar duets album with some of his favorite guitarists including Mike Stern, Dean Parks, Lionel Loueke Julia Bailen, Stephane Wrembel, Alex Cuba and more. This album is scheduled to be released in fall of 2022. He continues to tour, write, record and is working on a novel, “Tembererana.”