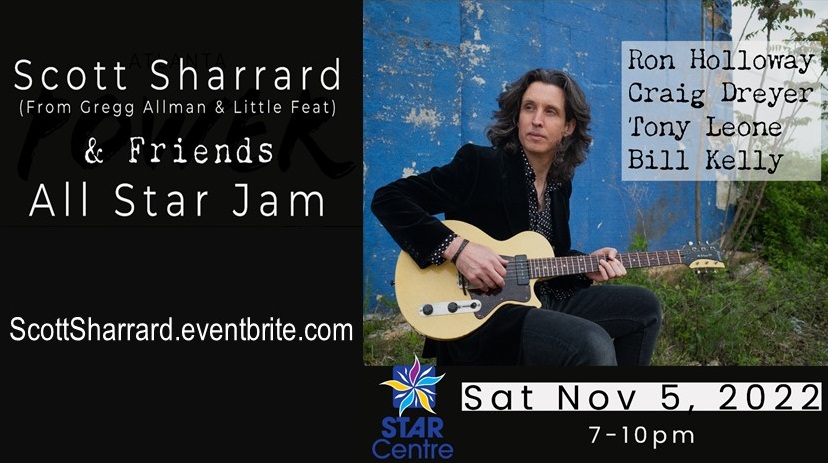 Grammy nominated artist Scott Sharrard, lead vocals and guitar for the legendary rock band Little Feat, will be coming to the STAR on November 5!
Scott Sharrard spent nearly a decade as lead guitarist and bandleader to the late Gregg Allman. Their partnership included “My Only True Friend” which was co-written by Sharrard and Allman and earned a Grammy nomination for Americana Song of the Year.
In addition to his work as a solo artist and with Little Feat, Scott is a passionate educator of all styles of American Roots Music. Scott will be joined by Ron Holloway, Craig Dreyer, Tony Leone, and Bill Kelly for their ALL STAR JAM on November 5th right here in Havre de Grace!

Food & Bar Service inside concert venue begins at 5:30 PM
Concert Doors open at 6:30 PM; Concert begins at 7:00 PM
Two 60 minute sets with one intermission.
No outside food or beverage will be permitted inside the building.