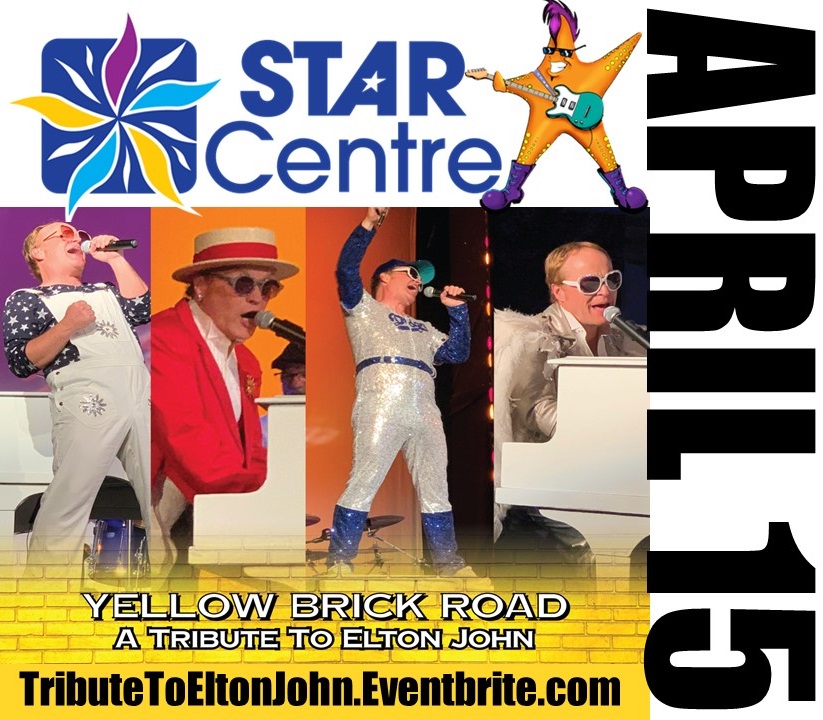 A tribute to Elton John…

There is no other performer who looks and sounds so much like Elton John, nor any tribute act that provides the experience of being at an Elton John concert the way Gerald Brann and Yellow Brick Road do. Brann not only bears an uncanny resemblance to the international superstar — complete with gap-toothed smile and many of his mannerisms — but recreates Elton John’s vocals and playing to a tee.

To capture the essence of the piano man, Brann dresses in replica costumes and wears Elton’s trademark outrageous glasses. A trained jazz pianist, Brann has been a lifelong Elton John fan, and his admiration for and love of his music comes shining through as he plays one hit after another with remarkable likeness to the pop music icon. Brann and his talented five-piece band evoke audience participation throughout the entire show — whether singing along to “Rocket Man” and “Your Song,” swaying to “Candle in the Wind,” or hopping and bopping to “Crocodile Rock.”

With an unprecedented nod from the man himself, Gerald Brann was granted permission to use Elton John’s own orchestral scores to perform with the Augusta Symphony Orchestra. In addition, Brann and Yellow Brick Road have been officially endorsed by Hercules, the International Elton John Fan Club, and have played extensively throughout the world to rave reviews.

RUN TIME: Two 60-minute sets with a 20 minute intermission in between.
No outside food or beverage will be permitted inside the building.

This is a seated venue…. but there will be dancing!!

Sports. Theatre. Arts. Recreation.
See you at the STAR!